Nothing says “summer” like a fruit crisp, especially when we are in the season of strawberries and peaches! This crisp is especially great because it is completely paleo! Between the sweet fruit, a touch of honey, crispy crumbles, and a dollop of coconut whipped cream, you will fall in love with this recipe more and more with each bite. 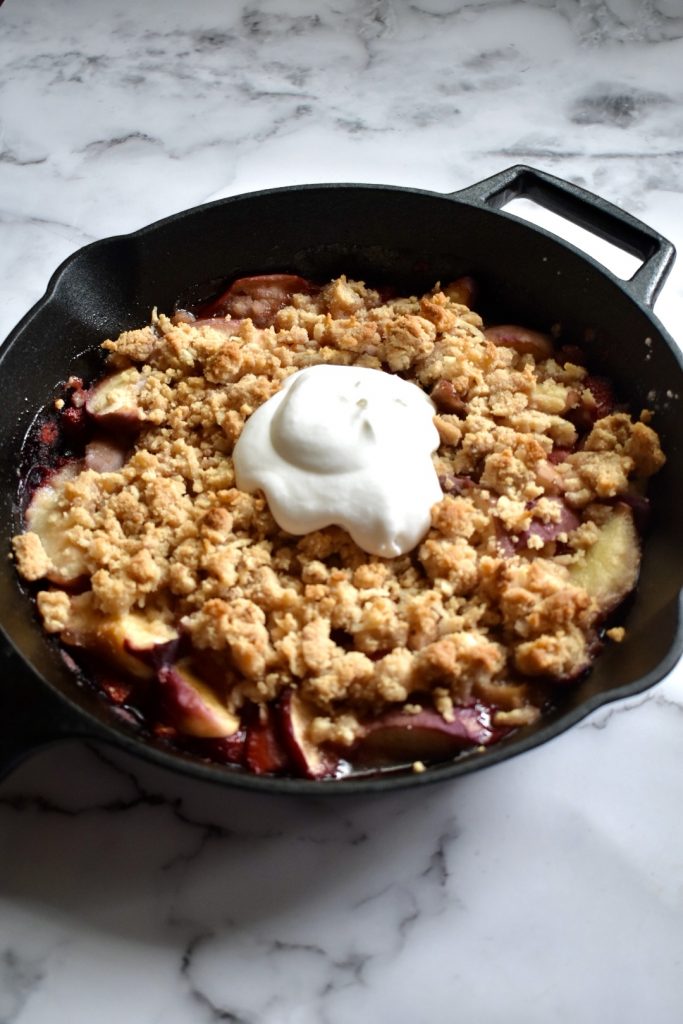 This strawberry and peach crisp calls for minimal prep and it’s out of the oven in under 30 minutes! Surprise your family for dessert, bring it to a barbeque, or drop it off to a friend who you’ve missed during quarantine and completely make their day. 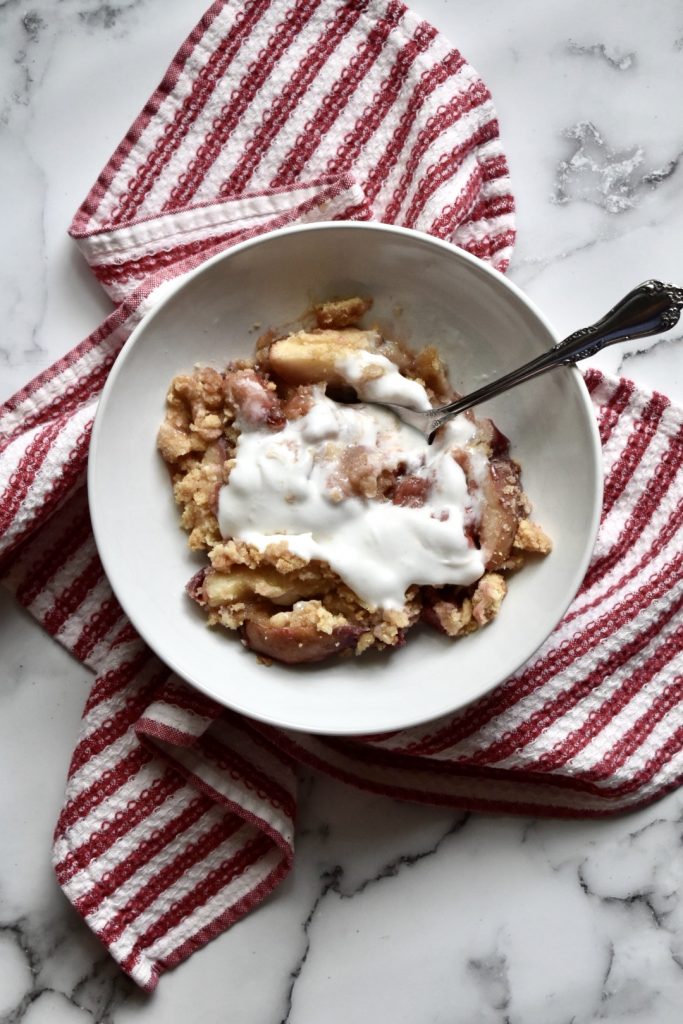 A couple of tips:

This crisp will go FAST! So maybe have another one ready to go just in case. Fair warning…!

Claire and the Mamas at Mama Jess 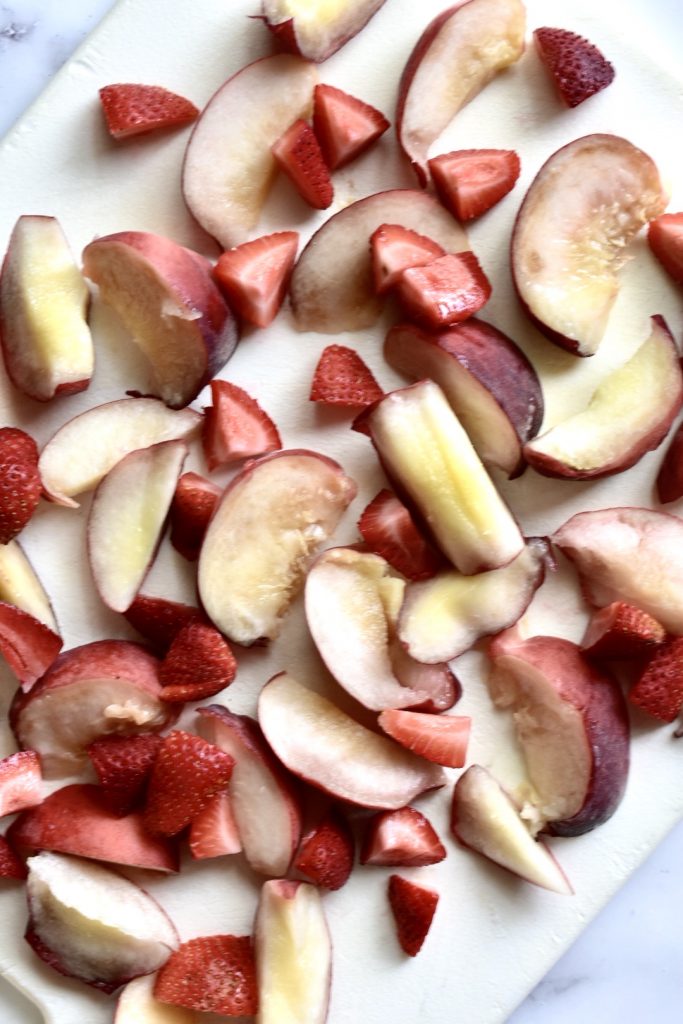 For the crumble topping:

Dash of cinnamon and salt

For the coconut whipped cream topping: