Back at it again with the cauliflower rice! I pride myself in finding new ways to pack in several servings of veggies each day and lately, cauliflower rice has been the answer. No guilt, no bloating, and it’s so darn healthy. Today’s recipe was actually borrowed from Mason Woodruff, who was brilliant with this sweet and spicy combination. You can find his original recipe here: https://masonfit.com/shrimp-fried-cauliflower-rice/ 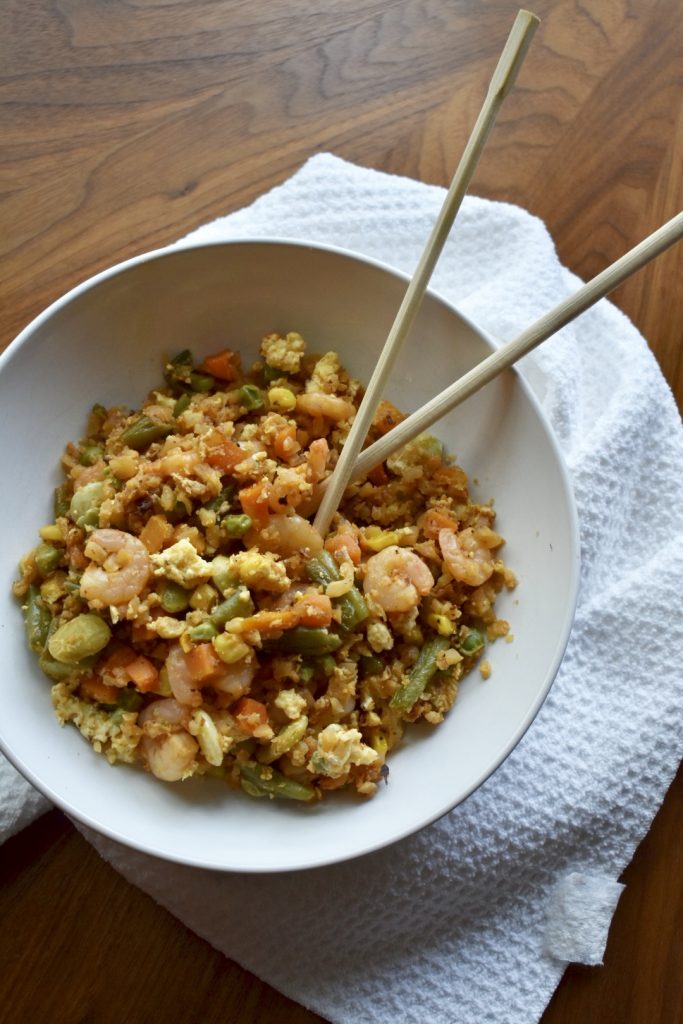 There are a couple of different multitasking steps that occur so read carefully. First, if you are using frozen veggies, steam them according to the package instructions (mine were microwavable and they worked like a charm). Also, if your shrimp is frozen (I used pre-cooked frozen, but if you choose to use fresh, just cook it first–I don’t think I needed to write that but oh well), then just run it under cool water until they are thawed.

While that is going on, make the marinade with the vegetable oil, Sriracha, honey, 2 tbsp of the soy sauce, garlic powder, and black pepper. Combine all of these in a medium Tupperware container which you can then add the shrimp into. Mix well, then seal and store in the fridge until later. 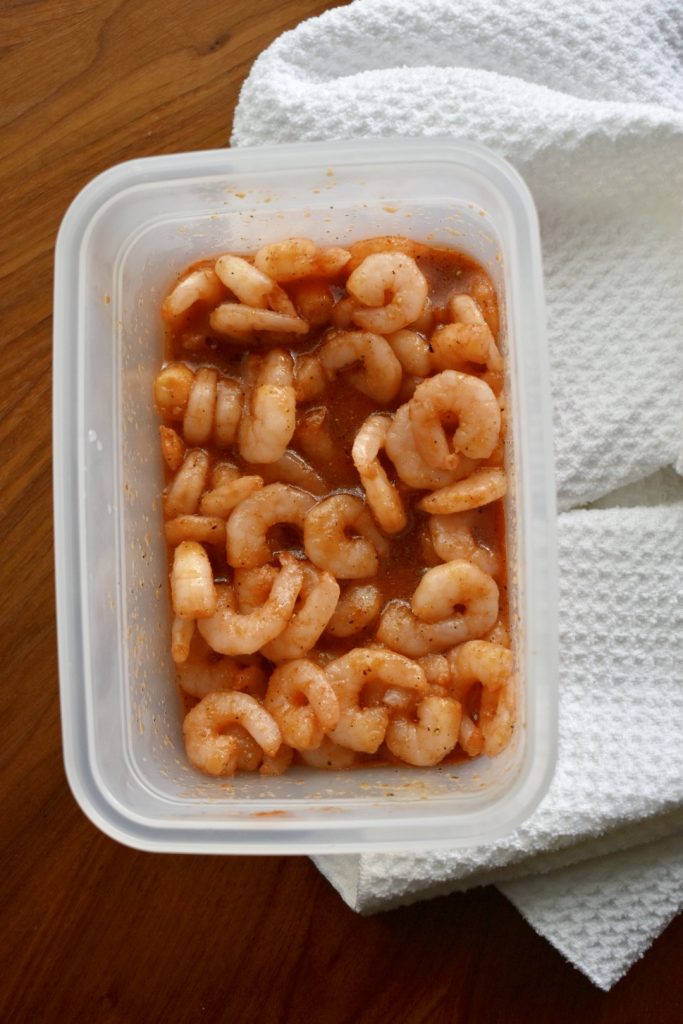 When the veggies have been prepared, spray a non-stick skillet pan with cooking spray, letting it get hot on the stove. Add in the veggies, spreading them evenly around the skillet. Then, this next part was hard for me because I’m a stove worrier: just let the veggies sit. They will start to char and crisp up a little bit, which is where you get the “fried” part. I let them sit for about 8 minutes before stirring them with another 2 tbsp of soy sauce, then let them sit again. I repeated the “stir, sit” step every 6-8ish minutes for about 20 minutes. While you wait, scramble your two eggs in a bowl. 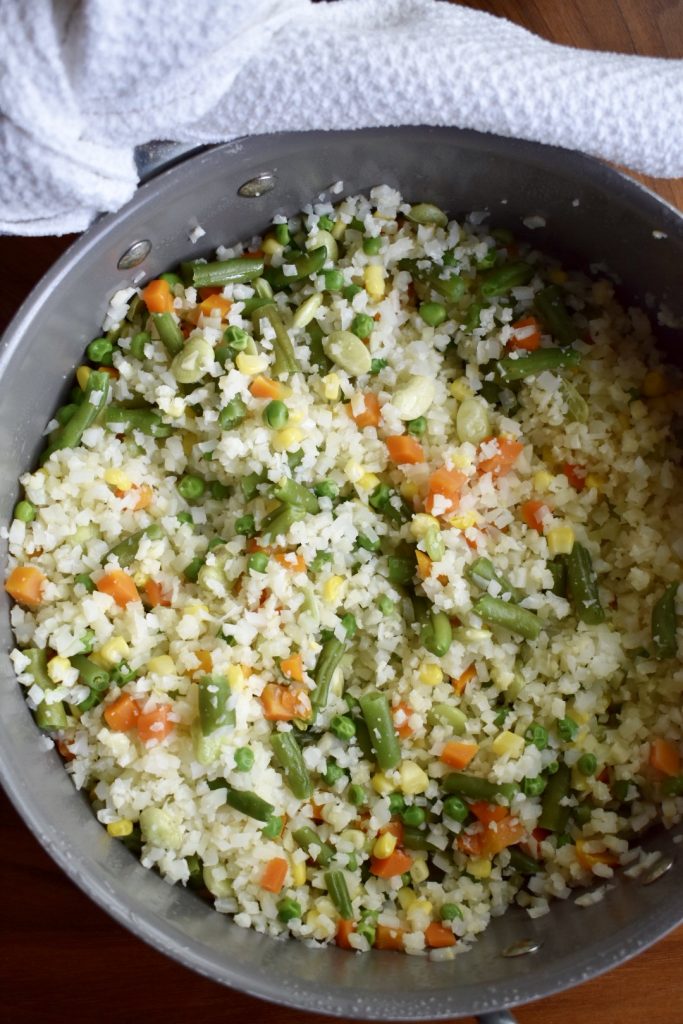 When the cauliflower rice feels crispy enough for your liking, move the veggies away from the middle of the pan, spray a bit more cooking spray, then add in your eggs. You want them to be cooked separately from the veggies before mixing it all in.

Finally, the shrimp goes in with the rest of the marinade. I stirred this around until all of the marinade was soaked into the mixture before finally taking it off the heat and serving it.

This is such a healthy and delicious take on a classically favorite dish, I think you’ll want to keep this one on the menu!

Xoxo, Claire and the other Mamas at Mama Jess